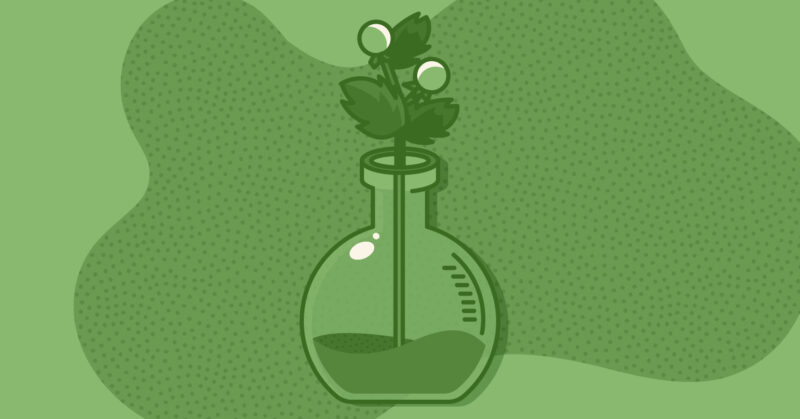 Whenever you’re grocery shopping, you may see  “non-GMO” and “GMO-free” labels on some of the food packaging.

If you’ve ever asked yourself– what are GMOs– you’re not alone. The labels suggest that we as consumers should be concerned about them and whether or not they are present in the foods we buy, but don’t fully explain their purpose or nature.

“What are GMOs?” – The Official Answers

There are many official sources out there that offer answers to the “What are GMOs?” question. The Non-GMO Project describes GMOs as “living organisms whose genetic material has been artificially manipulated in a laboratory through genetic engineering.”

USA Today says GMOs are “plants or animals whose cells have been inserted with a gene from an unrelated species in order to take on specific characteristics.”

The Institute for Reliable Technology defines it as “a result of a laboratory process where genes from the DNA of one species are extracted and artificially forced into the genes of an unrelated plant or animal.”

The above definitions are confusing to the standard consumer. For the rest of us, GMO stands for Genetically Modified Organisms.

Genetically relates to genes or genetics. Genes are made up of DNA that tells cells how to grow and develop.

So in layman’s terms, GMOs are organisms whose genes have been changed. 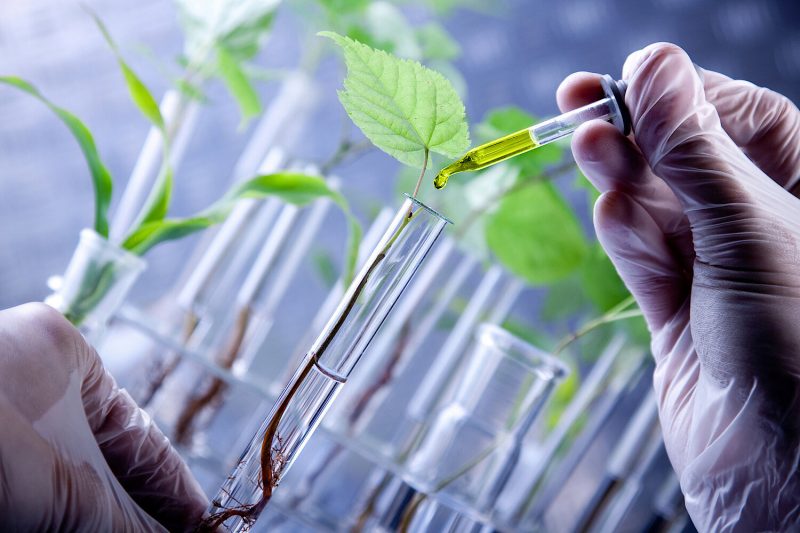 These days, this change occurs in a laboratory by scientists who have identified a desired trait in other organisms, such as withstanding drought conditions or resisting insects. The scientists isolate the specific gene that controls the desired trait and transfers it into a plant. It’s sometimes called genetic engineering or genetic modification, but both terms mean the same thing.

Genetic engineering is nothing new. In fact, farmers have been doing it for centuries through selective, or “traditional breeding” and “mutation breeding.”  And genetic engineering is not just limited to plants. Scientists have genetically modified bacteria to produce medicines such as insulin to treat diabetes, or other vaccines that cure or prevent diseases.

But the process of producing a GMO in a laboratory is much more deliberate and purposeful than the traditional breeding practices like combining two plants in a field. In today’s laboratories, scientists insert one or two genes into the individual cells of the target organism. The modified cell develops and divides with naturally occurring plant hormones, and becomes a whole plant, distinct from any other plant that has existed.

So… What’s the Issue with GMOs?

The use of GMOs in food is a hot topic, because GMO supporters say they’ve helped farmers protect their crops from insects, weather, and weeds. They say the result is a reduced pest population, and less need for pesticide spraying.  In addition, proponents argue that GMO crops have more yield, and will help solve issues of world hunger.

Those against GMOs cite unintended side effects, such as increased toxins, too much or too few nutrients and proteins, and the presence of allergens, carcinogens, new diseases, antibiotic resistant diseases, and nutritional problems. Small farmers argue that many varieties of fruits and vegetables have essentially been made affected by the more resistant GMOs. Because entire species of fruits and vegetables have gone extinct due to stronger GMOs, for many, the benefits of GMOs don’t outweigh the drawbacks. And many public policy experts argue that there are other ways to solve issues of world hunger without utilizing genetically modified crops.

Do GMOs belong in our food or not? Should our food be produced or altered in a laboratory, or should it grow naturally without scientific interference? Do you think the possible benefits of GMOs outweigh the possible risks?

GMO Watch has devoted this entire website to opening the conversation, to help you determine your opinion in the great GMO debate.

Please comment below and let us know your questions about GMOs! Let’s get the conversation started!