Skip to content
Are genetically modified foods safe to eat?

The discussions on this blog have inspired deep thoughts and conversations around important GMO issues: labeling, global bans, the environmental impact, and whether organic foods are also GMO-free. All of these debates and discussions lead us to the ultimate question: Are genetically modified foods safe to eat? In response to this question are two different answers from two different camps. One that says genetically modified foods are safe to eat, and the other that says they are not. Let’s look at the arguments.

Genetically Modified Foods are Safe to Eat — The Yes Camp

The most comprehensive study of the health risks of GMOs was a 2016 study conducted by the National Academy of Sciences entitled, “Genetically Engineered Crops: Experiences and Prospects.” In the report, researchers took a good hard look at the environmental and social impacts of GMOs, whether they reduce pesticide use, and if they are safe to eat.

As reported by Vox at the time the report was released, “scientists have found no particular dangers from eating GM foods.” This means that no increase in food allergies, no effects on the GI tract, no spikes in autism, obesity, cancer or kidney disease were found.

They did cite a few small disclosures, however. There ARE limits to what we can know and any new food — whether genetically engineered or not — could elicit health effects over time, even if nothing is detected after careful scrutiny upfront.

Essentially, the National Academy of Sciences is as sure as they can be that GMOs are safe.

The American Medical Association agrees. Dr. Patrice Harris, AMA board member, said the AMA-adopted policy supporting GMOs recognized “that there currently is no evidence that there are material differences or safety concerns in available bioengineered foods.”

The AMA further states that in all of the studies published in professional journals over the last 20 years, no significant harm has been directly tied to genetic engineering. Harris states that she understands the public’s safety concerns, and supports preventative FDA systemic safety assessments to ensure public health.

In the United States, there are at least 3 regulatory bodies that ensure that the foods Americans eat are safe: the U.S. Food and Drug Administration (FDA), U.S. Environmental Protection Agency (EPA) and the U.S. Department of Agriculture. Each of these bodies regulates a different aspect of the food chain process, from ensuring the safety of the pesticides used on GMO crops to tracking the environmental impact that modified seeds have on the land. In its consumer guides on GMOs, published in March 2020, the FDA continues to cite the National Academy of Sciences report to substantiate its claims that GMOs are safe for your health.

The World Health Organization says that general safety statements about GMOs are not possible to make, and that each food should be assessed on a case-by-case basis. However, “GM foods currently available on the international market have passed safety assessments and are not likely to present risks for human health.” They add that in countries where GMOs are approved, no effects on human health have been shown.

The American Association for the Advancement of Science also describes GMOs as safe. In October of 2012, the AAAS Board of Directors issued the following statement: “Indeed, the science is quite clear: crop improvement by the modern molecular techniques of biotechnology is safe.”

These are some big, respected names that stand behind the safety of GMOs. Why is it then, that despite the fact that many scientists believe GMOs are safe, do roughly one half of consumers disagree? Why do some individuals and organizations speak out against GMOs if so many reputable agencies have determined they are as safe as anything else out there?

Meet the No camp. 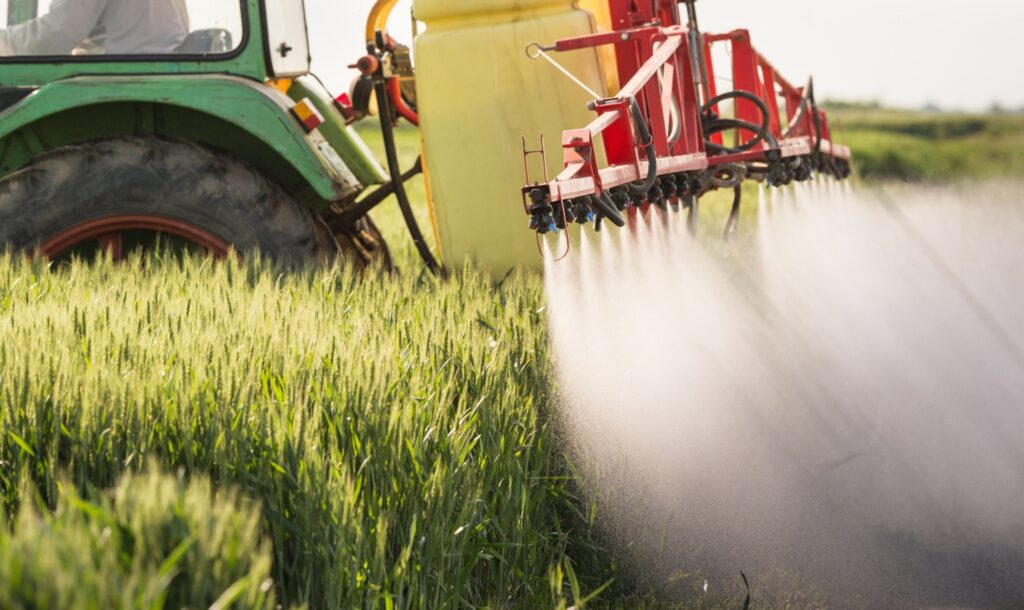 Genetically Modified Foods are NOT Safe to Eat — The No Camp

One of the leaders of the no camp is the Institute for Responsible Technology (IRT), who in a two-part blog series goes into great detail about “The Great GMO Cover-up.”

The blog contains claims that the glyphosate-based herbicide Monsanto uses in Roundup blocks mineral absorption, is a probable human carcinogen and has been linked to birth defects. They claim that animal testing has revealed “cancer, organ damage, signs of aging, immune system problems, hormone imbalance, reproductive and development problems and premature death.” They state that the research from companies like Monsanto distorts or denies any adverse findings. The blog goes on and on. You can read it and learn more about the many alleged problems associated with GMOs, and the alleged cover-ups by companies and governments.

U.S. Right to Know, a research group “focused on promoting transparency for public health”, is not quite as forceful as the IRT, but states that “genetically engineered foods may someday provide benefits to consumers; however, at this time, the overwhelming majority do not.”

Their website states that the large volumes of herbicides used on corn, soybeans and other crops raises concerns about human health.

To support this claim, a recent study published in the journal Environmental Health Perspectives found that “low levels of the weed killing chemical glyphosate and the glyphosate-based Roundup product can alter the composition of the gut microbiome in ways that may be linked to adverse health outcomes.” The study, published in January 2021, was conducted by 13 independent scientists.

Stacy Malkan, co-founder and managing editor of U.S. Right To Know, says corporations that benefit from biotechnology largely control the scientific agreement that GMO foods are safe. She cites a study signed by 300 scientists, physicians and scholars in January of 2015 that there is no scientific consensus on the safety of GMOs.  The statement does not claim GMOs as safe or unsafe, but that the contradicting scientific evidence prevents a conclusive statement.

The Non-GMO Project, a non-profit organization with the mission to increase consumer awareness about GMOs, also cautions against blanket GMO safety statements. They cite a study that found there are just as many research groups raising concerns about GMOs as groups finding them as safe and nutritious as other foods.

The study says that biotechnology companies conducted the groups that found GMOs to be safe.

Surrounding the publication the 2016 study by the National Academy of Sciences were a variety of individuals challenging the assumptions made using the report. GMWatch, a site publishing news and commentary on GMOs and pesticides, published a blog on their website that questions the bias of the media response to the report.

GMWatch’s blog is titled “No, ‘science’ has not confirmed that GMOs are safe to eat,” points out that the 22-member committee that conducted the NAS study was composed of at least 12 individuals either employed by global biotech firms or from organizations funded by them.

GMWatch, like IRT, cites many of the same health problems with rats that have been exposed to GMOs— liver and kidney toxicity, intestinal abnormalities, stomach lesions and more. They say the fact that no studies have shown adverse health effects from GMOs in humans is because no epidemiological studies have been carried out properly. Since GM meals aren’t even labeled in the U.S. (yet) a link between the GM crop and an illness cannot be made unless the effect was immediate, acute and obvious. So it would be difficult to blame a genetically modified food for a slow growing illness, such as liver and kidney damage, cancer or allergies. But that doesn’t mean it’s not the cause.

Are genetically modified foods safe to eat? Who do you believe?

What does the yes camp have to say about these claims?

Some biotechnology advocacy groups have emerged posing as neutral consumer information centers. These organizations, such as GMO Answers, say misinformation from anti-GMO groups pays. They say that there are some groups that directly benefit from spreading negative information about GMOs, because they can sell their own goods or services as an earth-friendly or healthier alternative to GMOs.

Sounds pretty manipulative. But to its point, many of the organizations listed above against GMOs do solicit funds from donors, and gain funds through the sales of books and other merchandise.

However, GMO Answers is funded and supported by individuals employed by some of the big biotech firms, proving the point that IRT and others make about a conflict of interest in GMO-supportive studies and statements.

Both sides accuse each other of having something to gain. Who do you think is right? Who do you think is spreading the misinformation? And most important of all, what is your answer to the infamous question: Are genetically modified foods safe to eat? Will you consume genetically modified foods yourself or prepare and serve them to your family? Let’s get the discussion started!